Lymphomas are a heterogeneous group of neoplasms of lymphoid tissues, each with distinct clinicopathological features that varies to different response to treatment1. 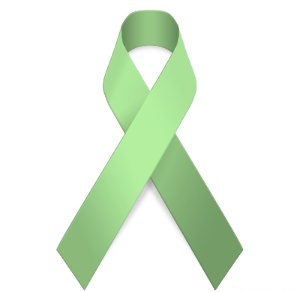 The finding from the report of Ferlay showed that the cancer rate occurring in Sub-Saharan Africa, Hematolymphoid Malignancies has merged as a major cause of morbidity and mortality with lymphomas and other hemotologic malignancies such as leukemia and multiple myeloma together accounted for 8.7% of incident cancer diagnoses and 9.9% of cancer deaths in 2008. Annual incidence has estimated a rate as low as 30,000 and as high as 278,000 of Non-Hodgkin Lymphoma (NHL) in Sub-Saharan Africa. This has made it one of the most common cancers in the region. Other studies have indicated that in most Nigerian Tertiary Hospitals, Lymphomas, mostly NHL are ranked among the leading cancers2.

Between the year 1960 and 1975 an estimate of 100 patients with Non-Hodgkin's Lymphoma were admitted to the University College Hospital in Ibadan, Nigeria. The related cases were analysed in respective to the clinical findings, histological classification and response to therapy. Majority of the patients (87%) had reticulum cell sarcoma with a high ratio of men than women (2:1). The applied therapy consisted mainly of single-agent chemotherapy, but a few of the patients had either surgical excision combined with chemotherapy or multiple-agent chemotherapy. The derived results were poor as a result of high default rate, late presentation, inadequate supply of drugs and the lack of radiotherapeutic facilities3.

“The contemporary management of these neoplasms requires that they are accurately diagnosed, categorized by sub-typing according to the WHO system of classification”4. These classifications are multiparametric approach requiring clinical, morphological, immunological, cytogenetic and molecular techniques. The impact of this can be reflected in the resource-rich settings where treatment of those malignancies is increasingly related with unprecedented rates of long-term cure and control. Diagnosis of lymphomas cancer remains as a big challenge in Sub-Saharan Africa, because of inadequate facilities5.