About 10% of new born deaths in the world occurred in Nigeria in the year of 2017, a new report of the United Nations Children Fund, according to UNICEF.

The report states that five countries are accounted for half of all new-born deaths within the year, inclusive with Nigeria as the third country in the list. India had 24%, Pakistan 10%, Nigeria 9%, the Democratic Republic of Congo 4% and Ethiopia 3%. Most new-born deaths occurred in Southern Asia of 39 per cent and Sub-Saharan Africa 38%.  The report indicated that 15000 children died globally at the age of 5 in the year of 2016, with at least 46% of deaths within the first 28 days of life. 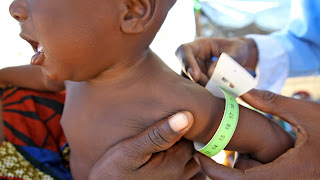 WHO issued a press conference in 2017 stating that there is a new study “Levels and Trends in Child Mortality”, revealing, although the number of children dying before the age of 5 is at a new low-5.6 million in 2016, compare to that of 9.9 million in 200. The proportion of under-five deaths in new-born increased from 41 to 46 per cent during the same period.

The UNICEF Chief of Health, Stefan Peterson, said “though the lives of 50 million children under-five have been saved since 2000 through increased level of commitment by governments and development partners to tackle preventable child deaths, more still needs to be done to stop babies from dying the day they are born, or days after their birth”. “We have the knowledge and technologies that are required – we just need to take them where they are most needed.”

According to the report released by UNICEF, the World Health Organization, the World Bank and the Population Division of UNDESA, which make up the Inter-agency Group for Child Mortality Estimation (IGME), at current trends, 60 million children will die before their fifth birthday between 2017 and 2030, half of them new-born.

The Nigerian Minister of Health, Isaac Adewole, had earlier this year described the high mortality rate of under-five in the country as unacceptable. “He said the government has however made significant progress in reducing the rate of new-born deaths in the country as it has declined from 201/1000 live births to 128/1000 live births in 2013”.
Nigeria loses a total of 2,300 under-five year olds and 145 women of child bearing age per day, making the country the second largest contributor to under-five and maternal mortality rate in the World. Latest reports states that many lives would be save on the circumstances of decrease in global inequalities.

If all countries achieved the average mortality of high-income countries, 87 per cent of under-five deaths could have been averted and almost 5 million lives could have been saved in 2016.
Tim Evans, Senior Director of Health Nutrition and Population at the World Bank Group said “it is unconscionable that in 2017, pregnancy and child birth are still life-threatening conditions for women, and that 7,000 new-borns die daily”.

“The best measure of success for Universal Health Coverage is that every mother should not only be able to access health care easily, but that it should be quality, affordable care that will ensure a healthy and productive life for her children and family".

“We are committed to scaling up our financing to support country demand in this area, including through innovative mechanisms like the Global Financing Facility (GFF)”, he said. “Pneumonia and diarrhoea top the list of infectious diseases which claim the lives of millions of children under-five globally, accounting for 16 per cent and eight per cent of deaths, respectively”.
Posted by Health Strategies Reform on Sunday, October 21, 2018