The health of the people has been anticipated by international goals which indicate the benefit of life expectancy over the past decades. However, the inequalities in health among the wealthy and the poor continues, while the prospects for the health in future builds upon the new progression of globalization. In the past, the global development was often seen as more or less economic process but today, it is perceived as a broad paradox designed by a majority of factors and events which reshapes the growth of the society (Huynen, Martens, & Hilderink, 2005). 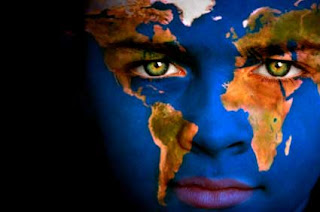 As the world evolves around us with a high rate of complexity and interconnectivity, the health of the population is recognized as an interspersed event of its ecological, social-cultural, economic and institutional determinants. Thus, it can be regarded as a significant indicator which integrates the sustainability of the natural and socio-economic environment. In the recent years, we have observed the expansion of the economic activities which may have a large scale and permanent outcome on the environment affecting the health of the population.  There is evidence on the increasing rate of globalization (that is, the deregulated trade, capital mobility, employment, and low labor standards), and the global advancement in industrialism, cultures, electronic communication, and physical mobility on humans which influences the wellbeing, and health of the population (Martens, McMichael, & Patz, 2000).

Globalization influences health in multiple ways. Its effects intervene with the growth, and distribution of income, economic stability, availability of health, and other social resources, and proliferation. Also, the health status is affected by the previous circumstances of revolutionizing of each country, i.e. the size and international specialization of the economy, the availability and dissemination of assets, the human capital, and framework, and the quality of the domestic policies (Cornia, 2001).

Globalization can incline the informalization of the economy through outsourcing, and out-letting by an enormous partnership. For instance, NIKE depends on an overflow chain of over 10,000 micro subcontractors which supplies much more difficult collection because of the employment in small business, in particular, in unofficial zones, where there is an increased rate of developing countries for over 20 years. In the early 1990s, 58% of the magnitude of such employment attained in the nine biggest Latin American countries, and an estimate of the same values for Sub-Saharan Africa, North Africa, and Asia were 74%, 43% and 62%. Thereby, the eradication of import assessment and export of taxes decrease the revenue. Also, in the world of mobile capital, and immobile labour, developing countries that intend to attract foreign capital may involve in downward bidding which may result to high-income tax, acknowledgement of tax holidays, and allocate different industrial subsidies (Andrea, 2016).

If and when managed efficiently, globalization can improve the benefits of health. The global market forces effective work in domestic markets that are competitive, and non-exclusive, the institutions for regulations are strong, there will be moderation of asset intensity, the access to public health services will be unlimited, the social safety will be secured, and the laws guiding access to the global market will be non-discriminative (Kabir, Mohammad, Haque, & Hasan, n.d.) .

Posted by Health Strategies Reform on May 07, 2018