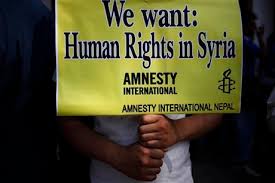 Over five years, Syrians have been migrating from their homes, always on the move to other countries or across its borders. As the war continues, the people’s savings are decreasing, becoming more susceptible to trafficking because they are unable to meet their basic needs. The ICMPD study indicates that families with no viable alternative for survival have increased with no other means that is defined as exploitation and trafficking in the national and international law. The degree of their situation is derived from the war and the violence they face, but also by the constitutional and institutional system, the children, women and men fleeing the war must navigate within Syria and in the four hosting countries (International Centre For Migration Policy Development, 2016).

An estimate of 21 million people are victims to the criminal enterprise of human trafficking. Due to the crisis in Syria, 4.8 million people have been rendered refugees and nearly all of them are prone to human trafficking (Rachel Buchan, 2015). According to UNICEF, children as young as three years are working, and 2.8 million do not have access to education. The U.N High Commissioner for Refugees described the crisis as the “biggest humanitarian and refugee crisis of our time.” Host countries’ infrastructures are buckling under the strain, forcing refugees to rely on smugglers, treacherous migrant routes, and quasi-impossible border crossings in a continual search for protection.

The Syrian government does not meet the minimum standards for the elimination of trafficking and has put no effort to do, therefore, Syria remains on Tier 3. The government does not demonstrate any willingness of addressing the human trafficking through prosecution, protection or prevention measures. The actions of the government have directly contributed to the vulnerability of the population to trafficking and continued to perpetuate human trafficking crimes routinely. The Government The government maintained its forcible recruitment and use of child soldiers, subjecting children to extreme violence and retaliation by opposition forces; it also did not protect and prevent children from recruitment and use by government and pro-regime militias, armed opposition forces, and designated terrorist organizations such as the Islamic State of Iraq and Syria (ISIS). The government continued to arrest, detain, and severely abuse trafficking victims, including child soldiers, and punished them for crimes committed as a direct result of being subjected to human trafficking. The government did not investigate or punish traffickers, including officials complicit in recruiting and using child soldiers, nor did it identify or protect any trafficking victims (Micah Zenko, 2017).