The Pediatric Association: Millions of Nigerian Children are dying from Preventable Diseases

The Pediatrics Association of Nigeria on Tuesday pledged to support efforts of government and other stakeholders to drastically reduce the high rate of death among children in Nigeria, put at one million annually.
President of the Association, Dr. Ngozi Ibeziaku, made the pledge at a press conference in Kaduna to herald the commencement of the association’s 48th Annual Conference. 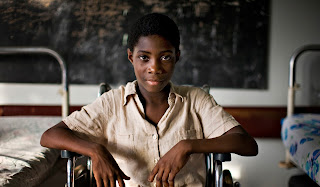 She said the focus of the conference would be on child health and evolving strategies to encourage mothers and other stakeholders access health services to ensure the survival of the Nigerian child.
“Children can’t speak for themselves, so we are their voices”, she said, adding that the association would also support policies and programmes to tackle high child death in the country.
She stressed that most of the deaths were preventable, and could be tackled through exclusive breastfeeding, accessing antenatal care, vaccination against killer diseases, environmental cleanliness, use of treated mosquito nets, and hand washing.
Ibeziaku added that the association would continue its advocacy for the provision of safe drinking water, protecting children against child labor, drug abuse and patronage of health facilities for medication.
She noted that Nigeria’s indices on child death were alarming, and every Nigerian needed to contribute towards safe motherhood and the upbringing of children.
“Everywhere in the world, it is the health indicators concerning children especially those under-5, that they use to determine the state of development of nations.
“Unfortunately for us in Nigeria with our large population, our prenatal and neonatal mortality and morbidity rates is one of the highest in the world.
“The same for our under-5 mortality rate, that is children aged under-5. Many of our children don’t live to celebrate their first birthday and even those that did, don’t live to celebrate their fifth birthday, which is a landmark in the life of any child.
“When we look at the under-5 figures, we find that children in the first one month of life contribute more than 45 percent of the deaths of children in the country. So the great problem is in the first month of life,” the president noted.
The News Agency of Nigeria reports that the theme of the four-day conference is “Consolidating child health development in Nigeria through SDGs; Gains and Gaps of the MDGs.” 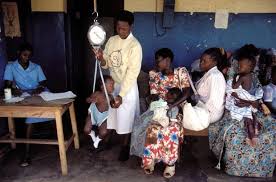 In 2005, out of 58.03 million people who died globally, an estimate of 10.9 million (18.8%) were from the WHO African region [1]. HIV/AIDS (19%) was responsible for the majority of the deaths (64%) that occurred in the region, lower respiratory infections (10%), malaria (8%), diarrhoeal diseases (7%), cerebrovascular disease (4%), ischaemic heart disease (3%), tuberculosis (3%), measles (3%), low birth weight (2%), birth asphyxia and birth trauma (2%) and maternal conditions (2%). Although there are effective public health interventions that can prevent most of the deaths, the coverage is insufficient due to weak and under-resourced health systems. Some of the weakness can be generated from the challenges related to leadership and governance; health workforce; medical products; vaccines and technologies. Information, financing and service delivery [2].

Firstly, the leadership and governance is inefficient, which includes weak public health leadership and management [3]; inadequate health-related legislation and their enforcement; limited community participation in planning, management and monitoring of health services; weak inter-sectoral action; horizontal and vertical inequities in health systems [4]; inefficiency in resource allocation and use [5]; and weak national health information and research systems [6].
Secondly, extreme shortages of health workers exist in 57 countries of which 36 are in Africa [8]. The crisis has been exacerbated by inequities in workforce distribution and brain drain. Thus, the delivery of effective public health interventions to people in need is compromised particularly in remote rural areas.
Thirdly, there is rampant corruption in medical products and technologies procurement systems, unreliable supply systems, unaffordable prices, irrational use, the wide variance in quality and safety [2]. This has contributed to the current situation where 50% the population in the Region lack of access to essential medicines [6].
Fourthly, there is a dearth of information and communications technology (ICT) and mass Internet connectivity, compounded by a paucity of ICT-related knowledge and skills limiting capacities of national health management information systems (HMIS) to generate, analyze and disseminate information for use in decision-making [7].

Lead poisoning is responsible for the mortality rate of childhood diseases in a toxic environment. Today, children across the world are at risk of exposure to lead from several sources. Lead poisoning is accounted for 0.6% of the burden of diseases worldwide (WHO, 2009). Traces of lead exposure, prevalence rates of lead poisoning and the severity of its impact varies greatly from country to country, and from place to place within countries. Countries also vary greatly in their degree of recognition of the problem and in the strength and effectiveness of their lead poisoning prevention programmes.


Most countries have programs for monitoring the degree of lead exposure in the blood and the environment. They also have programs for primary and secondary prevention of childhood lead poisoning. Some of these have restricted the use of lead, they have established an environmental standard and developed screening programs. They also have lead hot spots, such as battery recycling plants, smelters, refineries, mines, hazardous waste sites and sites where waste is burned in the open.


Although childhood lead poisoning in relation to exposure to certain substances has been recognized as a public health problem in some countries, they are yet to implement assessment and exposure prevention programs. In some countries, where there is no recognition of lead poisoning as a potential health hazard, there is no existence of screening or surveillance programs. As a result, the public health authorities have little or no knowledge of the magnitude of the exposure towards children.
Because of this heterogeneous situation, the true picture of global and regional lead poisoning in children is not yet fully defined. The contribution of lead poisoning to the global burden of disease and its effect on the global economy and human development is probably still underestimated.


There are multiple international conferences and declarations which have recognized the importance of childhood lead poisoning and the need to intervene to prevent it (see Annex for examples). The 1989 Convention on the Rights of the Child and the 1992 Agenda 21 adopted by the United Nations Conference on Environment and Development both addressed the need to protect children from toxic chemicals. The 1997 Declaration of the Environment Leaders of the Eight on Children’s Environmental Health World Health Organization 14 acknowledged the importance of lead poisoning as a major environmental hazard and called for action to reduce children’s blood lead levels and to fulfill the Organisation for Economic Co-operation and Development Declaration on Lead Risk Reduction. The 2002 Bangkok Statement on Children’s Health and the Environment called for the removal of lead from gasoline (Suk, 2002). In 2005, the Health and Environment Ministers of the Americas agreed in the Declaration of Mar del Plata to “strengthen sub-regional and national actions to achieve a complete elimination of lead in gasoline and its reduction from other sources” (OAS, 2005). The 2006 Declaration of Brescia on Prevention of the Neurotoxicity of Metals recommended: the immediate elimination of tetra-ethyl lead from the gasoline supplies of all nations; the review of all uses of lead, including recycling, in all nations; and urgent reduction of current exposure standards (Landrigan et al., 2007). The 2009 Busan Pledge for Action on Children’s Health and Environment further affirmed the commitment of the global community to end childhood lead poisoning.

In recent years, depression in childhood has increased attention for awareness among adolescence.1- 3 Although it was believed that depression did not occur in children before the 1970s, recent studies 1,4- 7  have proven that about 2%-8% of young adults experience their first symptoms at the age of 16.
For example, Hankin et al5 discovered that approximately, 6% of young adults in  the Dunedin study cohort met DSM-III8 diagnostic criteria for depression on at least one occasion by age 15. A similar rate was reported by Fergusson et al,4 who found that almost7% of 15-year-olds met DSM-III-R diagnostic criteria for depression.

The increase in the presence of depression among adolescences has led to a growing interest in the etiology, comorbities, and consequences of early-onset depression. For example; there has been evidence suggesting that young people showing signs of early depression or depressive symptoms are at high risk for several adverse outcomes, including further depressive episode,9- 11 impaired social functioning,9,12- 16 low academic achievement,9,10,12,15,17,18 and a range of other mental health problems, such as anxiety disorders, substance abuse, and suicidal behaviors.12,15,19- 21 These linkages between early depression and later outcomes are thought to reflect the effects of early-onset depression on normal development and the continuities of depressed mood across time.9

Prevalence of Mental Illness in Austrlia

Every year, there is an estimate that one of every five Australians experience mental illness. Mental illness is the third leading cause of disability burden in Australia, approximately 27% of the total years lost due to disability. 4% of people who experience depressive episode in 12-month are accounted to effected by mental illness, with 5% of women and 3% of men. 14% of Australians are affected by anxiety disorder within a 12-month period. While 3% of the Australian population are affected by psychotic illness; such as schizophrenia, where is loss of contact with reality during the episode of the illness.