Discrimination Among the Roma Population in Romania

The Roma population is a diverse minority group culturally known for their peripatetic lifestyle. Although many of them have settled over the years (Ringold D, 2000), there is an approximate of 12 million Romans living worldwide. There is an entire Roma population in the Eastern region of Europe, estimating 3.3% of the Romans living in Romania (National Statistical Institute, 2011). 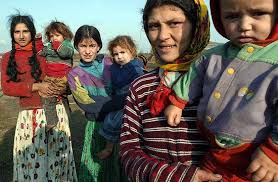 The Romanian society has one of the worst cases of social stigma in Europe. This resulted from the reluctance and refusal of important public personalities of Romani origin to declare their membership or links to Romania’s Romani minority (Valeriu Nicolae and Hannah Slavik, 2003). Even though the Roma population has the biggest minority groups in Europe, they face extreme negligence and racism. Discrimination among the Roma population started from the 16th century of nationalism, which rendered them one of the most socially and financially excluded groups in Europe (Wilkin A, Derrington C, Foster B, 2009).

WHY IS DISCRIMINATION A PROBLEM:
To understand the experience of discrimination, is to understand the impact of stressors on health. Most stressful experience may not increase the vulnerability of illness, other types of stressors (those that are uncontrollable and unpredictable) are particularly harmful to health.
The Romans have higher mortality rates and lower life expectancy at birth than the majority population. In the year 2000, the age median for the Roma was 24.2years, compared to that of the general population 37.4 years (KISS TAMAS AND VERESS ILKA, 2010). Recent studies have conducted a representative sample that shows that more than half of the Roma population aged 45 and above are affected by chronic diseases and disabilities. Over an estimate of 60% of men and women have cavities, and are either overweight or obese (Health and the Roma Community, analysis of the situation in Europe, 2009).


It has been proven that about 45.7% of the Roma children are not immunized or received vaccine. Half of the Roma women (12.2%) have neither seen gynecologist nor gynecologist during pregnancy (34.1%). Qualitative research revealed series of obstacles in accessing healthcare services, including absence of identity documents (which prevents people from legally enrolling with a general practitioner), lack of medical insurance, high cost of medical procedures, informal payments, family doctor’s leeway to accept or deny patient enrolment and the existence of discriminatory practices in the medical system, such as segregation in maternity ward, redirection of patients to other medical practitioners, separate time slots to receive Roma patients, usually towards the end of the work schedule and the use of derogatory language (Wamsiedel M, Vincze E, Ionescu I, 2012).