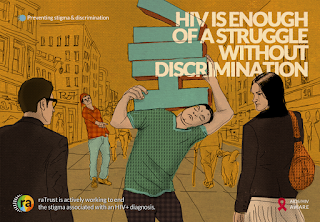 Over the past 30 years, after the first clinical evidence of Acquired Immunodeficiency Syndrome was reported, AIDS have become one of the most devastating diseases humankind has ever faced. Since the epidemic began, more than 60 million people have been infected with the virus and nearly 30 million people have died of HIV-related causes. AIDS became the sixth deadliest disease worldwide.
There has been an estimation of over 33.3 million people globally living with HIV, during the year 2009. Also, in the year 2009, there was an estimate of 1.8 million AIDS-related death and 2.6 million new HIV (United Nations Human Rights, 2016). 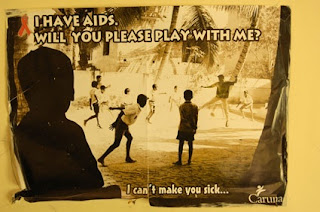 As the rate of AIDS/HIV increased, stigma and discrimination have fueled the transmission of HIV and has greatly increased the negative impact associated with the epidemic. HIV-related stigma and discrimination has increased in every country and region of the world.
The stigma associated with AIDS has silenced open discussion, both of its causes and of appropriate responses. Visibility and openness about AIDS are prerequisites for the successful mobilization of government, communities and individuals to respond to the epidemic. Concealment encourages denial that there is a problem, thereby delaying urgent actions. This makes people living with HIV/AIDS to appear as a problem, rather than a solution to contain and manage the epidemic.
AIDS associated stigmatization underpins many factors, including lack of understanding of the illness, misconceptions about how HIV is transmitted, lack of access to treatment, irresponsible media reporting on the epidemic, the incurability of AIDS, and prejudice and fears relating to a number of socially sensitive issues including sexuality, disease and death and drug use.
Stigma leads to discrimination and other violations of human rights which affect the well-being of people living with HIV in fundamental ways (Aggleton P; Wood K; Malcolm A; Parker R, 2005).